The Climate Prediction Center this morning announced an “El Nino Watch”: While a neutral state is most likely through spring, the chances of an El Nino developing increase to more than 50% by summer. This is not substantially different from the forecast during the past few months, but the evidence is growing. As the graphic shows, it isn’t until August/October that every model is above 0 (neutral) but even by May/July, the vast majority are in the plus category (El Nino). Timing is everything: Should El Nino develop before July/August, there’s a chance for better than usual growing conditions for U.S. summer crops. If it occurs beyond August, it will be too late to matter for U.S. production but will affect Southern Hemisphere crops. 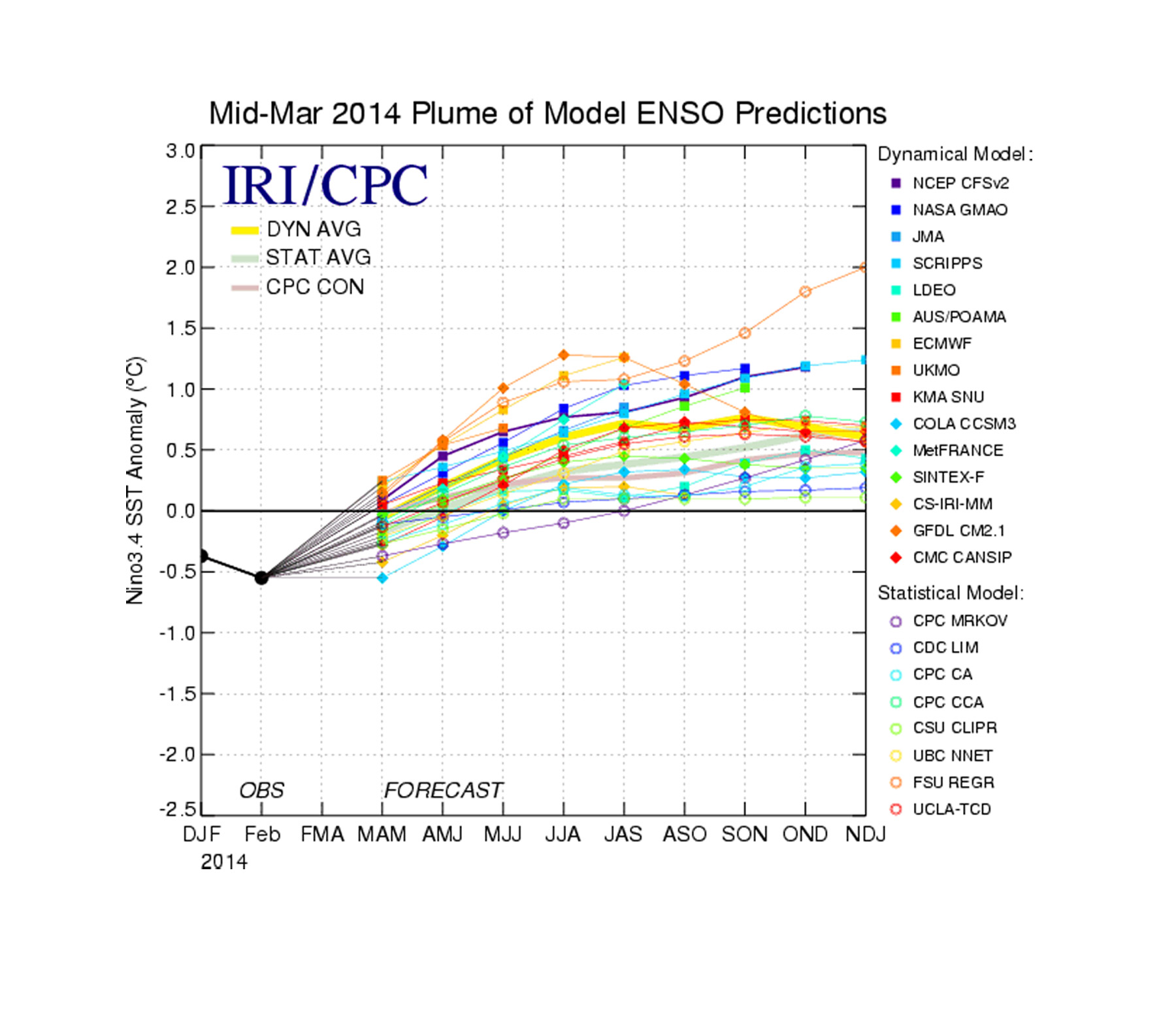