Friday afternoon’s annual USDA Cattle Inventory Report showed the smallest U.S. cattle herd since 1951, but also suggested that the current round of herd liquidation may have come to an end.

The state-by-state breakdown showed the beef cow herd up 6% from last year in Kansas and up 3% in Oklahoma, but down another 3% in Texas.

The inventory report indicated the supply of cattle in U.S. feedlots is not down quite as much from last year as was previously thought, which may limit the upside for cattle prices. The total supply of cattle in all U.S. feedlots as of Jan. 1 came in at 95% of a year earlier, above the 94.6% indicated by the recently-released USDA Cattle-on-Feed Report, which surveys only feedlots of 1000 head or more. 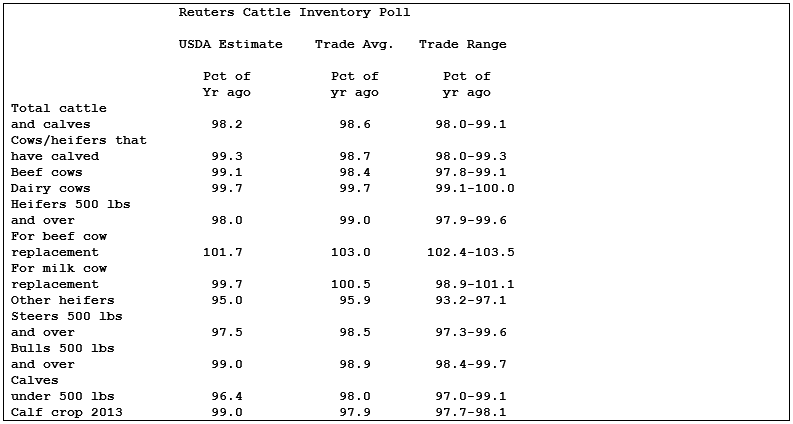